“As the only multitope, peptide-based vaccine candidate in production to fight COVID-19, COVAXX is well positioned to address mutations rapidly, with an accelerated path to the clinic.” — Lou Reese, Co-founder, Executive Chairman, COVAXX
Key Takeaways

NEW YORK (January 8, 2021) -- COVAXX, a U.S. company developing a multitope, peptide-based vaccine to fight COVID-19, announced today that the company has initiated preclinical work on a second vaccine candidate to address the latest mutations of the SARS-CoV-2 responsible for COVID-19, and specifically the South African mutation.

“We have been studying the new South African mutation and we believe it is a significant threat to public health," said COVAXX Co-Founder and CEO Mei Mei Hu. “As a result, we are not only testing UB-612 against these variants but have also begun early testing and design of a second vaccine candidate that addresses both the UK and the South African variant and the potential to be a single-dose vaccine for primary immunization.”

●    From preliminary clinical data, UB-612 has been well tolerated with no fevers, chills, systemic issues, or serious adverse events.

●    COVAXX vaccines are stable at 2-8 degrees C and can be delivered via existing distribution infrastructure and normal refrigeration.

In addition to addressing the new and potentially upcoming mutations, COVAXX is completing Phase 1 clinical trials of its first COVID-19 vaccine candidate, UB-612, in Taiwan and will begin Phase 2-3 clinical trials in Asia, Latin America and the U.S. COVAXX has an agreement with the University of Nebraska Medical Center (UNMC), home of the National Pandemic Center, to conduct trials in the U.S. In Brazil, COVAXX is partnered with Diagnosticos da America, SA (DASA), the largest medical logistics company in Latin America. Subject to regulatory approval, COVAXX is planning to supply up to 500 M doses globally in 2021.

The South African variant is named 501Y.V2, because it contains the same mutation, N501Y, from the UK variant. Currently, there is no clear evidence that both variants being associated with more severe disease or worse outcomes. However, preliminary epidemiologic, modeling, phylogenetic and clinical findings suggest that the UK variant has increased transmissibility while the South African variant is associated with a higher viral load which may also suggest potential for increased transmissibility.

UB-612 is a multitope vaccine designed to activate both B and T-cell arms of the immune system. UB-612 consists of the Spike protein S1 subunit Receptor Binding Domain (RBD) genetically fused to a single chain Fc domain of human IgG1 (S1-RBD-sFc), combined with proprietary peptides representing T helper (Th) and cytotoxic T-cell (CTL) epitopes on S2 subunit, Membrane and Nucleocapsid structural protein components of SARS-CoV-2. These Th and CTL peptides are selected based on their predicted binding to human MHC I and II, which would allow for the induction of memory recall and T-cell activation and effector functions.

The mission of COVAXX is to democratize health and safeguard lives around the world by tackling the global COVID-19 pandemic using cost-effective, scalable and proven science-based solutions. COVAXX is a subsidiary of United Biomedical Inc (UBI), founded in 1985 and headquartered in New York. UBI has established a long legacy as a scientific trailblazer creating technological firsts, including the manufacture and commercialization of more than 100 million antibody blood diagnostic tests and 5 billion vaccine doses against virulent diseases in animal health. With exclusive access to UBI's core technology platforms, COVAXX can develop and commercialize high precision antibody tests and a promising COVID-19 vaccine that together would form a unique Differentiating Infected from Vaccinated Individuals (DIVI) system. 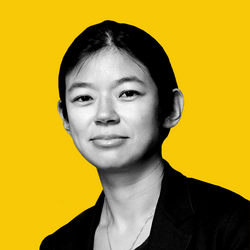 Mei Mei Hu, JD
Co-Founder and Co-CEO
View Full Bio>>
https://cdn.filestackcontent.com/7hrFca5MQxeEoRBEQAHk?dl=true
https://cdn.filestackcontent.com/AG3wH2AR3SP2Mo58NZitaz/rotate=exif:true/resize=width:600/7hrFca5MQxeEoRBEQAHk
Lou is also C_O of United Neuroscience and a member of the executive committee of United Biomedical, Inc. Lou co-founded an investment and advisory firm with active investments in real estate, energy, hospitality, and life sciences. His investments focus on achieving global impact in critical important areas through innovative models and approaches. He is passionate about better understanding communities and group flow. Lou loves all things vision and believes in creating environments in which we can reach our potential to be disruptive originals. He was formerly an investment banker at J.P. Morgan. He received his B.A. from University of Pennsylvania and attended Columbia Business School. 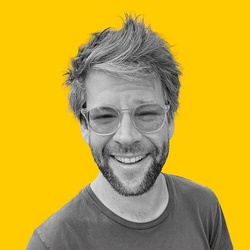